In July 2003 I started going as a volunteer to The Home For The Aged run by The little Sisters of the Poor In Mumbai, India.

The Order was founded by St. Jeanne Jugan in the nineteenth century in France.

Now there are Homes all over the world and the Religious look after the poor and abandoned old people irrespective of  religion or caste.

Since the Homes are run on charity the Religious go out at least once a week to beg for perishables and non perishable in the markets. Many people come to the homes and donate on different occasions in the family or any good happening that has happened to them. Most of the time the shopkeepers give very willingly but some make a very disgusted face at the sight of the Sisters when they are doing their rounds. 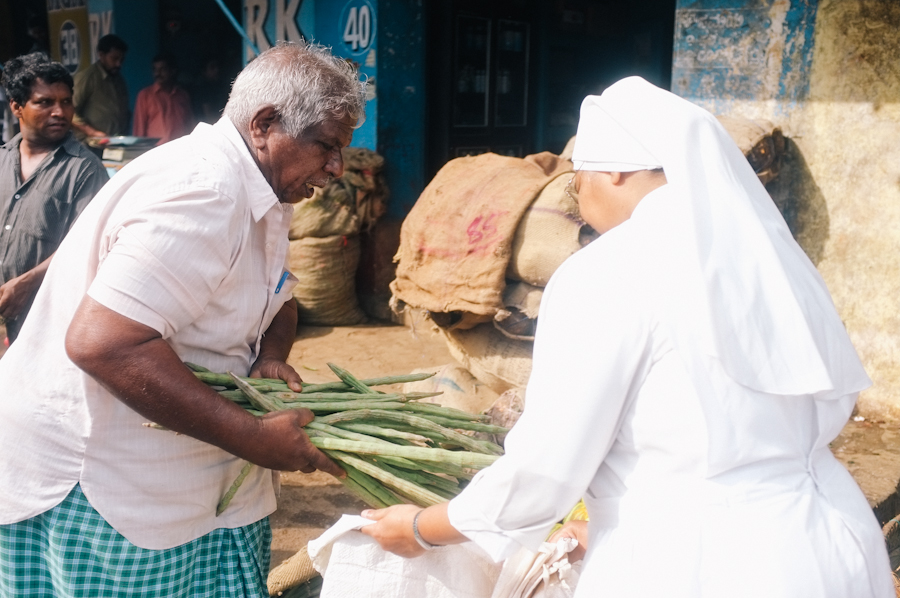 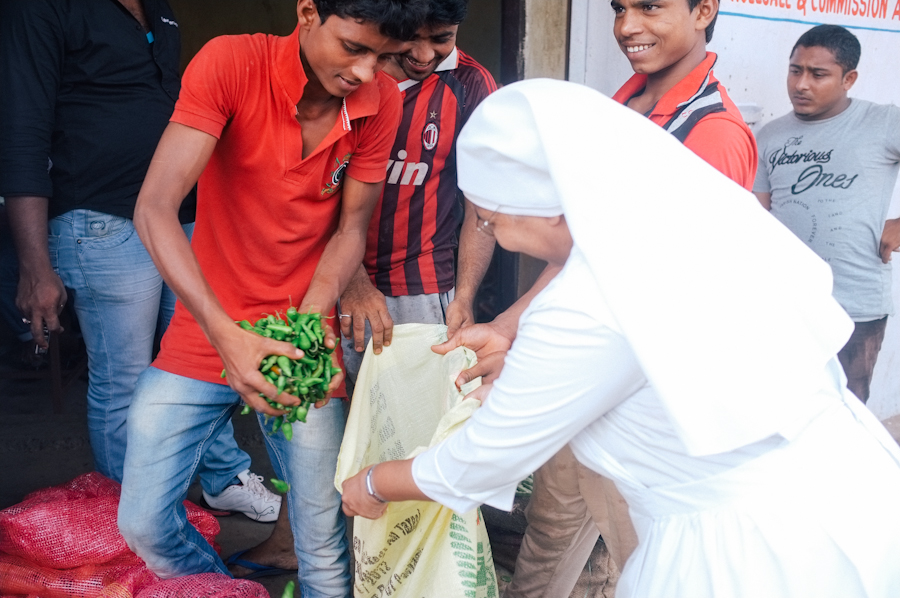 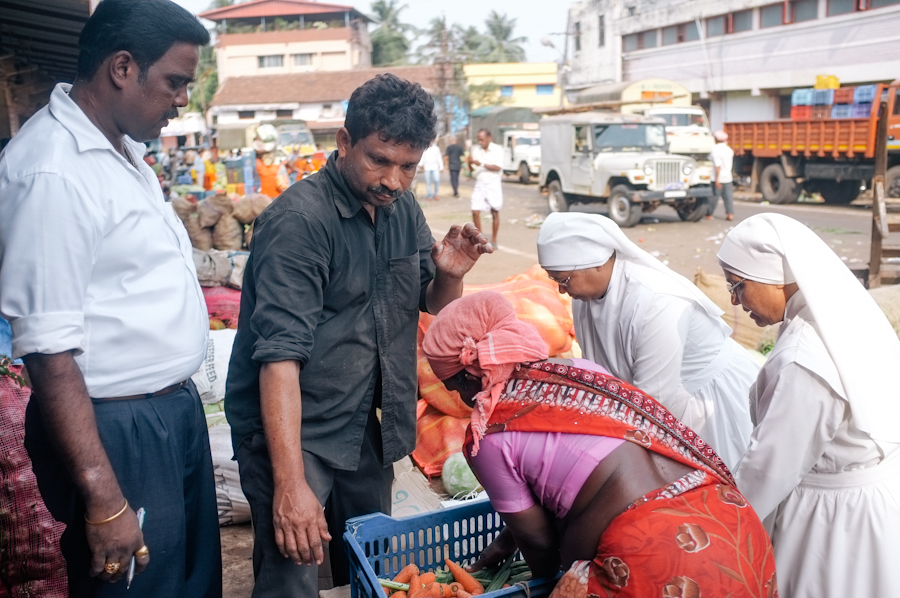 These photos have been taken by my daughter Magali & were published in her blog 'Begging with the Little Sisters of the Poor in Mangalore', you can read more about our experience there.

May God give the Little Sisters the strength and courage to beg for the Residents of their Homes.
May God shower them with blessings and good health for the work that they do for the poor.

This post has been written as part of ABC Wednesday.
Posted by Unknown at 9:02 PM